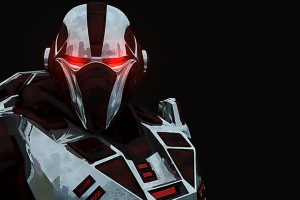 In case you haven’t heard, the robots may, someday soon, take over your subject line writing responsibilities, using their machine learning algorithms to optimize in a moment what you and I would take weeks of split testing to do. And, coming off a healthy run of writing a few thousand subject lines over the past few years, I can only say, “Bring it on.”

But until the day that those subject line-composing robots are factory produced and available to the masses, I am here to help you, fellow email marketer, with my top six battle-tested tips for getting more eyeballs on your emails.

There’s a big but here, though. Be aware that a number of those extra opens are what I would call “curiosity opens”: people who open your email because the brevity of your subject line has intrigued them, not necessarily because they have the same purchase intent as your other openers.  In order to convert these curiosity opens, your content has to be spot-on and well timed in grabbing their attention and moving them through the funnel.

For example, for a feature promoting fake glasses — you know, those eyeglass frames that just have a set of clear lenses — we split tested the following subject lines:

The shorter, eight character subject line won out in terms of both opens (+16%) and revenue (+180%), in large part because our feature did a great job of promoting affordable, costume-completing fake glasses three weeks before Halloween. It’s not a category for which people would have normally thought of us, but the additional eyeballs on the content gave us the push we needed.

punchline. Depending on your business, there’s a good chance that at least half your opens now come from a mobile device, and this number will only increase in the future. While it varies by device, a typical, non-Plus sized iPhone will display 43-45 characters before truncating your subject line.

Becomes this, on a standard iPhone and most smaller mobile devices:

Plus, your oh-so-tantalizing offer will also be cut off on a number of desktop platforms as well. A good rule of thumb is to make sure the meat of your offer or message stays in the first 40 characters of your subject line.

Sub-tip: If you’re a Litmus user, their subject line tester is a handy way to preview how your subject line and preheader text will appear on around 20 different devices or platforms.

Tip #3: The first rule of capitalization and punctuation: Forget The Rules

It’s not just the words themselves, but they way that those words are presented that contributes to whether or not your subscriber is going to pause as they scroll through their inbox and open your email. Don’t be afraid to pitch out everything about grammar and sentence structure that your high school English teacher taught you to catch your reader’s eye.
So, a more technically correct

Or, cut right to the point with a concise 19 character subject:

A note here to be careful with excessive use of capitalized words and hyphens; obnoxious use of these tactics, while they can help critical elements of your message pop, can sometimes trigger spam filters. Darn spammers. They take all the fun out of writing subject lines.

Don’t be afraid to use a mix of subject line styles to engage the different segments of your audience, particularly if you’re pushing out several messages in the same campaign.  The goal is to get as many different eyeballs on your content as possible, not necessarily the same set of eyeballs three times.

Tip #5: Ask a question. But make sure your readers really want to know the answer.

It’s no secret that asking a question in your subject line can help drive your open rate up.  It’s not a guarantee, though, and the difference between a questioning subject line that works and one that flops lies in whether or not you’ve taken the time to crawl inside your customer’s head, figure out what keeps them up at night, and phrase your question in such a way that it addresses their needs.

Though both subject lines begin with questions, and the first does a good job of driving some excitement, the second will likely perform better in terms of opens and conversions because you’ve taken the time to address a frustration that many people have experienced — pants that just don’t fit right.

In a word: meh. While it was inevitable that these colorful creatures would bounce their way into our subject lines, their effectiveness in making your subject line stand out seems to have come and gone. In a number of split tests, we saw no open rate or conversion improvements when including an emoji in the subject line.

Our recommendation: that extra character of white space in the subject line is likely to be more effective than a smiley face.